The Cultural History of Madikwe

Madikwe’s rich cultural history began almost one million years ago and is as much a part of the Reserve as the wildlife and other natural wonders in the area. Historical sites containing irreplaceable artifacts are in abundance and in time will be restored and displayed as part of South Africa’s heritage.

In 1996 archaeologists unearthed many artifacts in the Reserve dating back from the early Stone Age to the late Stone Age (between 1,000,000 and 500 years ago). These artifacts, consisting of various stone tools, confirm that Stone Age man lived and hunted in Madikwe.  Many of these artifacts were found close to outcrops of the stone used to create the tools, along the Marico River, close to Tweedepoort Ridge.

The Iron Age covers the past 2,000 years. Early Iron Age people moved from Nigeria/Cameroon area, between 200BC and 100AD, down the east coast of Africa to as far as the Eastern Cape. Sorghum and millet cultivate and livestock farming, pottery making and metal smelting gave these people more control over their daily and longer-term existence. The economic and social advantages of this more stable lifestyle allowed for larger family groups, which cause a southern migration to less densely populated areas.

The Middle Iron Age people started to arrive in the Dwarsberg/Marico River region, after 900 AD. The oldest Iron Age pottery found in the Madikwe Reserve is from the Eiland phase of Kalundu dating back to between 900 AD and 1300 AD:

Their huts were cylindrical, with mud-plastered walls and thatched conical roofs. Cattle enclosures and fences around the settlement are made from thorn tree branches. Sorghum, millet and other crops were grown on the settlement’s perimeter on good soils that could be cultivated with a hoe.  Building of the thousands of interlinked circular stone walled structured, which can be seen today, began in about 1600 AD. 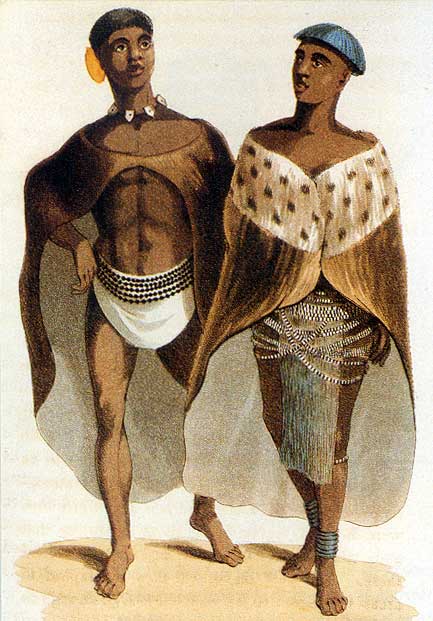 From about 1300 AD to 1420 AD the climate was colder and dryer than today because of the effects of the Little Ice Age. During this time Sotho-Tswana people started moving south from East Africa.

Sotho-Tswana pottery, called Moloko, dating between the 15th and 17th centuries has been found on red soil patches at the base of the Tweedepoort Ridge and along the eastern half of the Dwarsberge, all within the Reserve.  In Madikwe, the red soil was preferred to the black clay as it could support sorghum and millet agriculture and provide a stable foundation for huts:

Among the first Sotho-Twana groups to arrive in the area were the Hurutshe people who settled along the Marico River. Their main settlement, Kaditshwene, south of Madikwe, eventually became one of the largest towns in Southern Africa. In 1800 AD, its population was estimated to be around the same as Cape Town’s population at the time.  After some time the Hurutshe subdivided and the offshoots moved east towards the Magaliesberg. 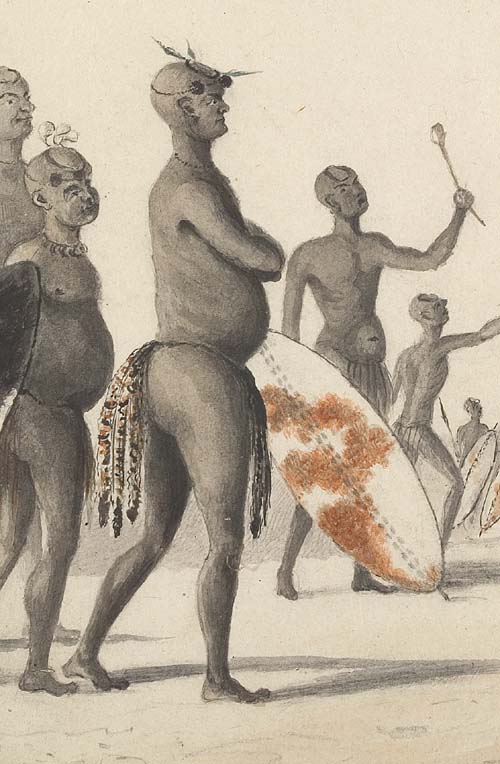 The Difaqane was a period of serious unrest in South Africa, which, in Madikwe, forced Sotho-Tswana people to move their homesteads to the tops of the hills and live in large settlements for defensive reasons.

It probably started years earlier when the Portuguese introduced maize into Southern Africa. The Nguni people in KwaZulu found that maize was easier to cultivate than other African grains and hence more food was produced and populations grew. Consequently, more land was sought.  In 1821 several Nguni clans moved over the Drakensberg to escape the Zulu expansionism.  They attacked and displaced the BaTlokwa in the Caledon area, which then had a ripple effect through to the Magaliesberg and Dwarsberg areas.

It also appeared that around 1810 there was a serious drought that ravaged the country and because maize was not drought resistant as the African grains were, wide-spread famine caused pillaging and annihilation of neighboring clans and even cannibalism.

This was the time of Difaqane, which after several years of turmoil, virtually destroyed the Sotho-Tswana culture in the Magaliesberg and Dwarsberg areas. The Kwena settlement near Olifantsnek and the Hurutshe town of Kaditshwene in the Marico River Valley lay in ruins.  The name Marico comes from the Tswana word “Malicoe” which means “drenched with blood” which refers to the battle that destroyed Kaditshwene in 1823. 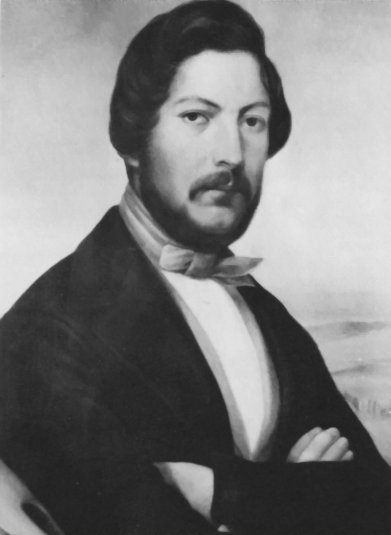 Boers settled and farmed in the Marico River Valley, which they had freed from Mzilikazi (a Zulu chief who resettled in the area) rule and consequently the Sotho-Tswana people, who had been enslaved by Mzililkazi, resettled in the area.  Some boers took to hunting for meat, skins and ivory, ad when the elephants were shot out in the Marico area, moved north to Botswana and Matabeleland. A hunter’s road was established through the Madikwe Game Reserve to Derdepoort, and two wells at the top of the pass through the Tweedepoort Ridge were probably part of a resting spot for the hunter’s wagon trains. The famous hunter, Frederick Courteney Selous, passed through Madikwe several times between 1875 and 1884 en route to Matabeleland.

In 1854 Andries Pretorius, after negotiations with the British, finally gain independence for the Zuid-Afrikaanse Republiek, comprising the area north of the Vaal River including Madikwe/Dwaarsberg area. Civil war between the Boer clans flared up during 1856 to 1864. In 1877 the British annexed the area, which was called the Transvaal. The annexation was rejected by the Boers and resulted in the Transvaal war from 1880 to 1881.  The Boers hung on to the Transvaal, but in 1899 the South Africa War began, ending in 1902 after many battles, with the British taking control of the entire country.

The Boers were caught unawares, but when they returned fire, the British retreated and the BaKgatla were left to fight the battle on their own.

During these years of turmoil, the Catholic Church in Rome established a Zambesi Mission in Matabeleland to cater for the Matabele descendants of Mzilikazi, now led by King Lobengula.  Belgian priests of the Society of Jesus, Father Henri Depelchin, the leader, Fr. Charles Croonenberghs and others set out on the long journey from Cape Town on the 16th April 1879. On 23 June they passed through the fertile Zeerust valley following the Mafekeng Road, which traverses the Dwarsberg and the main route northwards to Bulawayo. Five days later, they arrived at the Kalkfontein farm, where Fr, Law nursed back to health a wounded farmer and explorer Thomas Cocklin, who professed to have been the first white man to see the Victoria Falls.

With provisions replenished, the party set out over the Dwarsberg, the future site of the Madikwe Game Reserve, where they encountered, according to Fr. Depelchin’s letters home, clouds of ducks, herons, bustards, blue storks and ibis. They also saw kudu and other antelope, and heard cheetah, hyaena, leopard and jackal.  There were no signs of lion, which, in 1836, William Cornwallis Harris had encountered.

After crossing the Dwarsberg they came across a farm which looked like an ideal site for a Mission. The priests continued past Derdepoort, along the Marico River and the Limpopo River and eventually reached Bulawayo on the 7th July 1879, where they established a mission station.

Four years later, after several of the original party had dies of fever, Fr. Depelchin decided that a mission station was needed in a healthier ares, free from malaria, where the priests serving in Bulawayo could rest and recover from fever.  The farm Vleischfontein, which had previously been ear-marked as a likely spot, situated on the Tweedepoort plateau on the Mafeking Road measuring 4,000 morgen, was purchased for 800 Pounds; an exorbitant price at the time.  Fr. Croonenberghs finalized the legalities of the transaction in Zeerust in October 1884 and building of the Priest’s house begain on the chosen site on the 8th December 1885, with the school being built in 1886, followed by the chapel.

The missionaries soon dammed up srings in which barbell were raised for Friday meals. A garden was also established comprising orchards and croplands. The Vleischfontein mission became a well-know landmark for those travelling on the Mafeking Road and many who travelled along the road stopped to savour its hospitality, in effect making it the area’s first inn.

It is reportedly the 19th century capital of the BaTtlokwa under Chief Gaberone. Upright stones marked the residential zone, and a wide lane led from the grey cattle byres up to the chief’s residence.  The chief’s area, or kgosing, was the only residential section that incorporated stone waling.

In June 1894, the mission was handed over to the Order of the Oblates of Mary Immaculate (OMI or Marists) as the Jesuits no longer needed a halfway house due to the building of the Botswana railroad. The Marists, together with the Holy Family Sisters (1914 to 1928) and Dominican Sisters (1928 to 1948) developed the school and built a church, a convent, a grotto and a priest’s house.

So after many years of turmoil and unrest the Madikwe area finally found peace and thereafter, followed years of economic growth in the area. 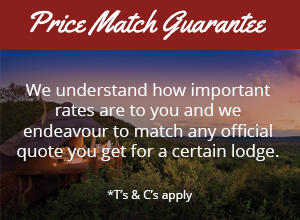 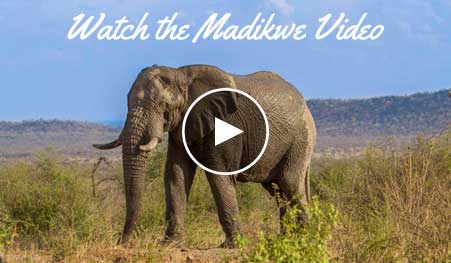